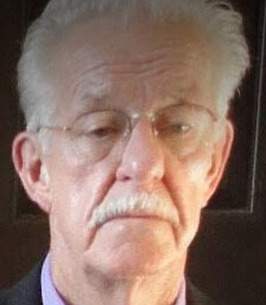 Edward “Ed” Pierce, 84, of Mattydale, passed away Tuesday, October 26th at Bishop Rehabilitation & Nursing Center. A native of St. Johnsbury, Vermont, Ed was the youngest child born to the late Robert and Pearl (Morrison) Pierce. He graduated from Lyndon Institute in Lyndoville, VT in 1955 before joining the US Air Force where he served in Florida and Japan. Following his enlistment, Ed met his future wife at her family’s restaurant when he ordered at PBJ sandwich.

He retired in 1985 as a pipe fitter for Allied Chemical in Solvay. Ed was an avid gardener, a voracious reader and an antiquarian book dealer for many years before the internet. He was an avid New England sports fan and a communicant of St. Margaret’s Church in Mattydale.

Ed was predeceased by a daughter, Carol Soukakos, in 2002 and by his siblings: Leland, Robert, Linwood and Phyliss.

He is survived by his wife of 60 years, the former Jacqueline “Jackie” (Laroche); their three children: Royal (Michell) Pierce of North Syracuse, Monica (Robert) Conners of Clay, and Robert (Nicole) Pierce of Clay; grandfather to Shane, Stephanie, Brittany, Sean, Alexander, Cameron, and Devin, and his great grandchildren, Grant and Kennedy.

Friends may call on Friday from 4:00 -7:00 pm at Krueger Funeral Home, 2619 Brewerton Rd., Mattydale. Prayer Services will begin on Saturday, 9:30 am at the funeral home followed by a 10:00 am Mass of Christian Burial at St. Margaret’s Church.


To order memorial trees or send flowers to the family in memory of Edward "Ed" Pierce, please visit our flower store.