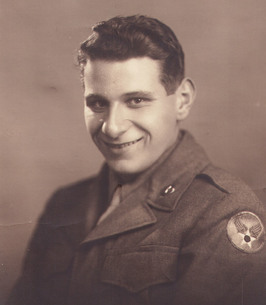 Charles “Chuck” H. Proulx, 93, of Bernhards Bay, passed away Sunday, November 22, 2020 at home. Born and raised in Marietta, NY, Chuck was a 1945 graduate of Blodgett Vocational High School. He was the son of the late Joseph and Anne Marie (Demers) Proulx.

Chuck served in the US Army Air Force with the Occupational Forces in Japan. Upon his return, he and his wife raised their three children on Crystal Drive in North Syracuse before moving to Bernhards Bay in 1990. Chuck retired in 1989 after 40 years from Allen Tool as a tool and die maker. He was a life member of Highmarket Northern Pines Sportsman Club and a member of the American Legion. Chuck was an avid hunter and fisherman who also enjoyed gardening and bowling. He donated many gallons of blood to the American Red Cross and was a former parishioner of St. Rose of Lima Church.

In addition to his parents, two brothers and three sisters, he was predeceased by his wife of 50 years, Yolande, in 2003 and by a grandson, Justin, in 2011.

Contributions may be made to a charity of your choice.

Friends may call Friday from 8:30 -10:30 AM at Krueger Funeral Home, 2619 Brewerton Rd, Mattydale. A Prayer Service will begin at 10:30 am with an 11:00 AM Mass of Christian Burial following at St. Rose of Lima Church, North Syracuse. Entombment will be in St. Mary's Cemetery, Dewitt.


To order memorial trees or send flowers to the family in memory of Charles H. "Chuck" Proulx, please visit our flower store.

Mass of Christian Burial at St. Rose of Lima Church in North Syracuse begins at 11:00 AM.