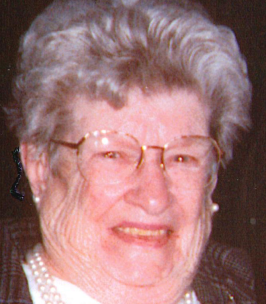 Beatrice “Bea” M. Reed, 97, of Mattydale, passed away Monday, May 4th at Crouse Hospital in Syracuse. A native of Rochester, Bea attended Nazareth Academy with the class of 1940 and was the daughter of the late Stanley C. and Florence (Cullen) Leary.

She worked as a split shift switchboard operator for Rochester Telephonic Exchange for several years. After marrying the love of her life, Robert, in 1946, they relocated to raise their family in Syracuse. Bea worked as a switchboard operator at the Administration Building of the NYS Fairgrounds and later as a Benefits Clerk for Onondaga County before retiring. She was a member of the Cicero Senior Center, Lakeland Seniors and the Salina Civic Seniors. Bea was a life member of the Ladies Auxiliary of the VFW Post #3146 in Mattydale and the Hinsdale Volunteer Fire Dept. Ladies Auxiliary. She was a parishioner of St. Margaret’s Church, a member of the St. Daniel’s Wisdom Group and a member of the North American Indian Club.

She was predeceased by her husband of 45 years, Robert F. Reed, in 1991; an infant son, Michael Joseph Reed, a brother, Donal M. Leary, and by a sister, Mary Anna Visconte.

Bea is survived by her three daughters: Lynda M. Loucks of Lakeland, Carol A. (Darrell) White of Syracuse, and Kathleen F. (John) Reed-Buck of Mattydale with whom she resided; 7 grandchildren: Darrell, Kevin, Shawn, Rebecca, Patricia, Holly, and Chianne; 15 great grandchildren; 4 great great grandchildren; and by several nieces and nephews

Services will be held privately and a Mass of Christian Burial will be live-streamed on Tuesday at 10:00 am. Burial will be in Oakwood Cemetery, Syracuse.


To order memorial trees or send flowers to the family in memory of Beatrice M. "Bea" Reed, please visit our flower store.