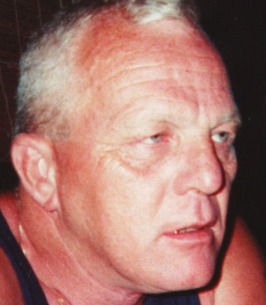 Terry L. Reynolds, 65, of Syracuse, passed away Monday, May 4th at St. Joseph’s Hospital. Born in Fulton, Terry was the oldest of 10 children born to the late Elmer Pitcher and Rose Reynolds. He grew up on the South side of Syracuse where he graduated from Roosevelt High School before joining the US Marine Corps. Terry served with the Tank Division during the Vietnam War and the Army National Guard in Florida.

Upon returning to Syracuse, Terry worked at Southwest Community Center as it’s transportation director for many years and was a captain with Pinkerton Security in Syracuse before relocating to Florida. He became an electrician for Chrome Electric in Florida until injuries sustained in a car accident left him disabled. Terry volunteered with the Eastwood Bears Pop Warner Football Association for a number of years and enjoyed hunting and fishing.

In lieu of flowers, donations in Terry’s memory may be made to the Eastwood Bears Football Association, 610 Darlington Road, Syracuse, NY 13208.

Services will be held privately at the funeral home and live streamed on Wednesday at 6:00 pm on our Facebook page and on our website beneath his obituary. Burial will be in Veteran's Memorial Cemetery, Syracuse.


To order memorial trees or send flowers to the family in memory of Terry L. Reynolds, please visit our flower store.