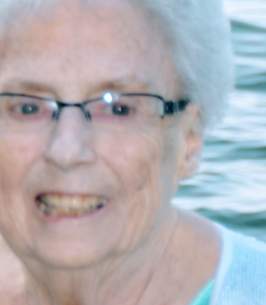 Constance "Connie" Rice, 87, former longtime resident of North Syracuse, passed away Sunday, July 21st at St. Luke’s in Oswego. Connie was born and raised in Oswego where she graduated from Oswego High in 1949 and Oswego State Teachers College in 1953. She was the daughter of the late Patrick M. and Margaret (Ryan) Shannon.

Connie retired in 1994 after 41 years as a teacher primarily at Nate Perry Elementary School in the Liverpool School District and was the Past President of their PTA. She volunteered at Crouse Hospital serving in Pastoral Care. Connie was a longtime communicant of St. Margaret's Church where she served as a Eucharistic Minister, a Marriage Preparation Minister and volunteered in their food pantry.

In addition to her parents (listed above), Connie was predeceased by her husband of 58 years, Nicholas G. Rice, in 2013 and by her mom and dad, John and Mary E. Foster who raised her.

Contributions in Connie’s memory may be made to Trinity Catholic School, 115 East Fifth St., Oswego, NY 13126.

Friends may call on Sunday from 1-4 pm at Krueger Funeral Home, 2619 Brewerton Rd., Mattydale. A Prayer Service will begin on Monday, 9:30 am, at the funeral home followed by a 10:00 am Mass of Christian Burial at St. Margaret's Church, 203 Roxboro Rd., Mattydale. Burial will be in St. Peter's Cemetery, Oswego.

To order memorial trees or send flowers to the family in memory of Constance "Connie" Rice, please visit our flower store.