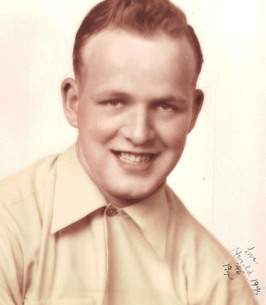 Harold J. Root, 93, of West Molloy Road in Mattydale, passed away Wednesday, September 16, 2020 at Crouse Hospital in Syracuse. Harold was born in Wanakena, NY, and was the son of the late Herman M. and Edna M. (Yelle) Root. He resided in Mattydale since 1931 and attended St. John the Evangelist School.

Harold worked as a commercial construction superintendent for the United Carpenters & Joiners Union Local 12 in Syracuse for over 40 years before retiring in 1990. Some of his projects include the Everson Museum, Nine Mile Nuclear Plant, Cornell University and the Atrium in Syracuse. He had a strong work ethic and was a mentor to many. He was a member of the Salina Civic Seniors and a former member of the Mattydale Volunteer Fire Department. Harold was a lifetime communicant of St. Margaret's Church in Mattydale.

The family would like to extend their sincere gratitude to Dr. Patel and the staff at PACE CNY as well as his longtime caregiver Celina Brunson, and the ED and 6 floor staff at Crouse Hospital.

Contributions in Harold's memory may be made to NAMI (National Alliance on Mental Illness), 917 Avery Ave, Syracuse, NY 13204.

Friends may call on Sunday from 1:00 - 4:00 pm at Krueger Funeral Home, 2619 Brewerton Rd., Mattydale. Face coverings will be required, and CDC & NYS Dept. of Health guidelines will be enforced. A Prayer Service will begin on Monday, 9:30 am, at the funeral home followed by a Mass of Christian Burial at 10:00 am in St. Margaret's Church. Entombment will be in Woodlawn Mausoleum, Syracuse.


To order memorial trees or send flowers to the family in memory of Harold J. Root, please visit our flower store.