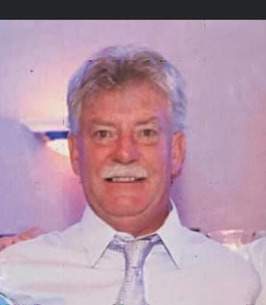 Mark J. Schnobrich, Sr., 64, of East Syracuse, passed away Thursday, April 9, 2020 at home. Mark was born in Syracuse and grew up in Mattydale where he graduated from North Syracuse High School in 1974. He was the son of the late Leo and Esther Schnobrich.

He retired after more than 30 years as a mechanic at East Syracuse Chevrolet. He had several advanced certification degrees from General Motors. Mark worked on various pit crews and race teams for snowmobiling and auto racing in both the Syracuse and Old Forge areas.

Contributions in Mark's memory may be made to the St. Margaret's School Angel fund 203 Roxboro Rd. Mattydale, NY 13211.

Services will be private at the funeral home and live streamed on Tuesday at 10:00 am on our Facebook and website beneath his obituary. Burial will be in North Syracuse Cemetery. To attend virtual calling hours with the family on Monday from 7:00 – 8:00 pm using Zoom Conferencing, please email info@kruegerfh.com for an invitation and instructions.


To order memorial trees or send flowers to the family in memory of Mark J. Schnobrich Sr., please visit our flower store.