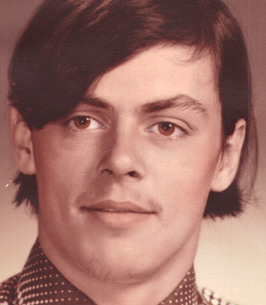 Daniel H. Shepard, 64, of Solvay, passed away on Sunday, June 13, 2021, at his mother’s home on Oneida Lake surrounded by his family. Born in Chelsea, Massachusetts at the Naval Base, Dan grew up in Pitcher Hill and was a 1973 graduate of Liverpool High School. He earned his bachelor’s degree at Oswego College, was an athlete, trained in bodybuilding and the oldest of five children.

Dan had a passion for the study of the Bible and keeping his faith growing. His commitment to his faith was to be admired as he was a dedicated member of the Syracuse Institute of Divine Metaphysical Research. This was his faithful family where weekly he would spend hours sharing and discussing the Bible.

Dan was presently employed at the Upstate University Hospital where he was beloved by all his coworkers, boss, security, and clients. They will remember him for his generosity and kindness where he took his role as an ambassador wholeheartedly. Dan will ironically be returning to work as he has donated his body to scientific research and will spend two years with Upstate.

Dan was a lifelong bachelor and appreciated many of life's simple pleasures. He was an avid reader and lifetime learner. Dan was a true movie buff and was well known at all the local OCPL’s. He enjoyed staying on Oneida Lake watching the sunrise, the sunset, and his daily walks along the serine Oneida Lake Road.

Dan is survived by his mother, Jeannine Shepard of Canastota; a sister, Sharon (Paul) Byrns of Syracuse; two brothers, Mark Shepard of Mattydale, and Steven (Melissa) Shepard of Auburn; a sister-in-law, Cheri Shepard of North Syracuse; nine nieces and nephews: Mitchell, Stacy (Benjamin), Amber (Ryan), Cara, Amanda, Karissa, Grace, Jacob, Steven; and five great nieces and great nephews. He was predeceased by his father, Sergeant William A. Shepard in February, his brother, James in 2003 and a sister-in-law, Judith in 2011.

After the loss of his brother Jimmy, Dan's purpose then became to see that his niece Karissa and nephew Jacob were well taken care of. He was and always will be a man of his word. Not afraid to die, Dan faced his terminal illness with courage, dignity, strength, and gratefulness. Daniel Howard Shepard modeled how to enjoy each day as if it were your last.

All family and friends can pay their respects on Friday from 3-9 pm at the Shepard Family Camp (1000 Oneida Lake Ave., Canastota, NY 13032) for a Celebration of Dan’s Life.

To order memorial trees or send flowers to the family in memory of Daniel H. Shepard, please visit our flower store.