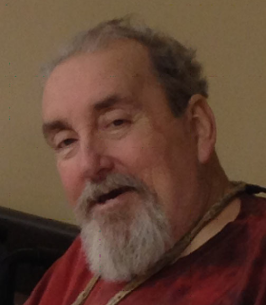 Frederick J. Simonds, II, 68, of North Syracuse, passed away after a lengthy battle with Cardiac Disease Thursday, December 12th, 2019 Strong Memorial Hospital in Rochester. Born in Syracuse, Fred grew up and resided most of his life in North Syracuse where he attended North Syracuse High School. He was the son of the late Evelyn (March) and Howard Simonds, Sr.

Fred retired in 1991 after 21 years as a body and fender technician for the North Syracuse Body Shop. Afterwards, he worked a short period of time at Boston Buffalo Freight Trucking Company. Fred was an F & AM at Centerville Lodge #346, an avid sportsman, and a brother of the Stalker's Hunting Club. He loved to hunt the family land in the Southern Tier and enjoyed spending time with his family and fishing at the camp at Hyde Lake in Theresa, NY.

In addition to his parents, Fred was predeceased by his brother, Howard F. Simonds, Jr. in 2009.

He is survived by his wife of 48 years, the former Delight (Gullen); their two children: Frederick J. Simonds, Jr. of North Syracuse and Melissa (Ralph) Stacy of Fulton; a sister: Evelyn A. Parker of Theresa, NY; a sister-in-law, Angela Simonds; six grandchildren: Bella, Ralph, Alyssa, Ariel, Everett, and Ella; and by several nieces and nephews.

At Fred's request, all visitors are asked to come dressed very casually. Friends may call on Wednesday from 3 - 7 pm at Krueger Funeral Home, 2619 Brewerton Rd., Mattydale. Funeral Services are Thursday, 11 am at the funeral home with burial in Woodlawn Cemetery, Syracuse, following.

To order memorial trees or send flowers to the family in memory of Frederick J. Simonds, II, please visit our flower store.