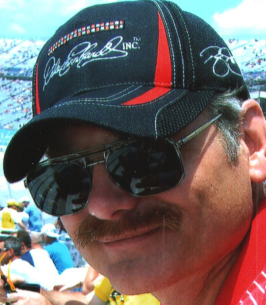 David S. Smith, 68, of Mattydale, passed away peacefully at Upstate Community Hospital on October 10, 2021 after a strong battle with Alzheimer’s. He was born on November 29, 1952, to the late Harvey and Helen (Babcock) Smith in Syracuse and grew up in Kirkville and graduated from North Syracuse High School in 1970.

Dave retired in 2011 as a parts department manager after a lifelong career at Alan Byer Volvo, following in his father’s footsteps. He enjoyed spending summers on the lake with his family at the camp that he built on Tuscarora Lake. He also loved the sport of racing. He was an avid Nascar fan and enjoyed attending Nascar races throughout the years. In his early days, he raced a stock car at the local dirt tracks with his brother-in-law, David Teachout. His racecar number “the 04” was passed down to his son, for which he was the crew chief in multiple racing platforms for many years. He also enjoyed deer hunting and was very proud of a 12-point buck that he bagged known as “Bucky.”

In addition to his parents, Dave was predeceased by his brother Harvey A. Smith, and his sister, Gwendolyn Messinger.

He is survived by his wife, the former Linda Teachout; his children: Pamela (Michael) Lotito of Baldwinsville, Vanessa Smith of North Syracuse, and Spencer Smith of Mattydale; his grandchildren: Tanner, Avery, Carson, and Brady Lotito; his brothers and sisters-in-law: Robert Messinger, David & Mary Kay Teachout and Beverly Neave, and by several nieces and nephews.

In lieu of flowers, contributions may be made in Dave’s name to the Alzheimer's Association, P.O. Box 12226, Syracuse, NY 13218 or any local animal shelter.

Funeral services will be private and at the convenience of the family. Burial will be in Pine Plains Cemetery, Manlius.

To order memorial trees or send flowers to the family in memory of David S. Smith, please visit our flower store.