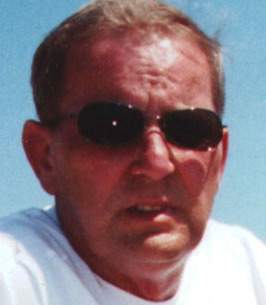 Robert F. "Jerry" Smith, 78, of Wilkinson Place in Baldwinsville, passed away Monday, June 22, 2020 at the VA Medical Center in Syracuse. Jerry was the son of the late Joseph and Martha (DeCorsey) Smith and was raised in East Syracuse where he attended Jamesville-Dewitt High School. He resided in Baldwinsville for the past 47 years and co-owned a family camp in Georgetown, NY.

Jerry enlisted in the U.S. Navy when he was 17 years old and served aboard the USS Lawrence with the Blockade during the Cuban Missile Crisis. He retired in 2004 after several years as a steel worker for Delhi Steel in East Syracuse. Previously, Jerry worked as the plant manager at Smith & Caffery Steel in Liverpool. He designed the 12 Apostles sculpture which stands on Airport Road and manufactured structured steel for many buildings in Syracuse including the Chase Building. Jerry was an avid outdoorsman and sportsman; he enjoyed attending S.U. sporting events with his late wife of 53 years, the former Dawne P. Cote, who passed in 2013.

He was also predeceased by his brothers, Joseph and Raymond Smith.

A limited number of friends may call on Friday from 4:00 - 7:00 pm at Krueger Funeral Home, 2619 Brewerton Rd., Mattydale, with a Funeral Service following at 7:00 pm. Services will also be live-streamed via Facebook and our website for those unable to attend. Face coverings will be required when attending and CDC & NYS Dept. of Health guidelines will be enforced. Later, his cremated remains will be joining his wife in the ocean at Pemaquid Point, Maine.


To order memorial trees or send flowers to the family in memory of Robert F. "Jerry" Smith, please visit our flower store.