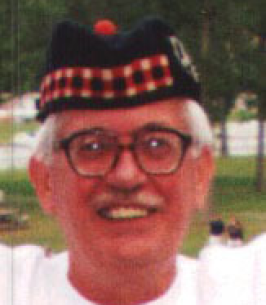 Stuart T. Throop, 79, of North Syracuse, passed away Thursday, July 30, 2020 at the Veteran’s Medical Center in Syracuse. Stuart was born to the late Clinton and Mary (Heath) Throop on November 14, 1940 and grew up in Mattydale. He was a 1958 graduate of North Syracuse High School and resided in North Syracuse for more than 30 years.

Stuart earned his Bachelor of Arts from University College, Syracuse University in 1970.
He first enrolled in 1958 and was thrilled to be a member of the SU Marching Band. For several years he volunteered as an usher at the Carrier Dome and he was a HUGE life long SU fan and never missed a game in person, on the tv, or on the radio. “You can’t spell ‘Stu’ without ‘SU’ he said with regularity.

In 1962, Stuart started working for General Electric (GE) in Liverpool as a material handler, then data reductionist, and he eventually rose in the company to work in the Accounts Payable Deparment. His tenure with GE was periodically interrupted by his military service and his educational studies. He retired after 30 years with the company.

Stuart began playing drums at the age of 7 and it was always a constant in his life. He was a versatile drummer and adept at several music genres. He played the snare drum for Mattydale Drum and Bugle Corps, for North Syracuse High School, for the SU Marching Band, for the US Army, and for the Stanley Trio at the Dutchman in Baldwinsville, to name just a few. Earnings from his role as a drummer helped finance his education at SU. He also taught students the art of drumming. Once, he was called for a gig in Syracuse and ended up performing with Myron Floren, a famous acordionist with Lawrence Welk. Throughout his life, he marched with several Scottish Pipe Bands, including the American Scottish Bagpipe Band (he was drum sergeant) and the Balmoral Highland Pipe Band. He earned a second place award in the Scottish Games National Bagpipe and Drumming competition. Most recently, he was a member of the Syracuse Scottish Pipe Band. A few years ago, he was awarded a lifetime membership to the band. He always played at and participated in the local Syracuse Scottish Games.

To his family and friends, he will be lovingly remembered for his jokes, his riddles, and his great sense of humor. He signed his cards with “Stu-Who” and is known for other favorite sayings. He was a musical mentor and a friend to many. He never missed someone’s birthday and always remembered to send a card. He told awesome bedtime stories off the cuff. We all treasure his ~20 years of holiday photo cards and we waited with great anticipation each December to see which moment in his life was captured and shared.

In addition to his parents, Stuart was predeceased by two sisters, Georgina Krahel and Jessie Erlacher.

He is survived by his sister, Margaret Piper of Cicero; a brother, Clinton E. (Mary Ellen) Throop of CA; several nieces, nephews, cousins, and many, many friends; and his beloved canine companion, Rhea.

In lieu of flowers, donations in Stuart’s memory may be made to the Syracuse Scottish Pipe Band, c/o George Cunningham, 210 Old Bridge Street, East Syracuse, NY 13057.

Friends may call Saturday from 9:00 - 11:00 AM at Krueger Funeral Home, 2619 Brewerton Rd., Mattydale. Funeral Service will follow at 11:00 AM with burial in White Chapel Memory Gardens, Dewitt.

The Recorded Service that was held on Saturday can be seen by navigating to Photos & Videos and clicking Watch Webcast.


To order memorial trees or send flowers to the family in memory of Stuart T. "Stu" Throop, please visit our flower store.