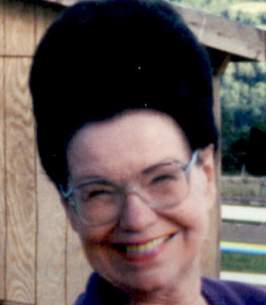 Jacqueline A. Toth, 88, of Liverpool, passed away Sunday, April 10th at Crouse Hospital. Born in Syracuse to the late John and Mildred King, Jackie grew up in the Mattydale area and was a 1951 graduate of North Syracuse High School. She resided in the Syracuse and Liverpool areas.

Jackie retired in 2010 after more than 20 years as an Administrative Assistant in the Planning and Development Department at the Town of Clay. Previously she worked as a waitress for Tudor’s Restaurant in Liverpool and Mario’s Piccolo Bistro in Syracuse. Jackie was a former member of the Loyal Order of the Moose in Baldwinsville and an avid genealogy researcher who enjoyed music and dancing. She also loved spending time with her family and watching TMC. Jackie was a former communicant of Holy Trinity Church in Syracuse.

In addition to her parents, she was predeceased by her son, Stan Shakalinski in 2019. Surviving are two sons, Marty (Grace) Shakalinski of North Syracuse and Joseph (Tina) Toth, Jr. of Liverpool; a brother, Bob (Carol) King of Texas; four grandchildren: Nicole, Joseph III, Michael and Rachel; three great grandchildren: Kazmirra, JaHannah, and Jeiryn; and by two nephews, Mike and Mark King.


To order memorial trees or send flowers to the family in memory of Jacqueline A. Toth, please visit our flower store.

Our Lady of Peace Cemetery