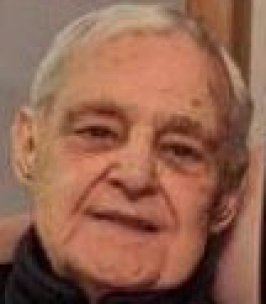 Joseph D. Trovato, 89, of Mattydale, passed away Tuesday, July 6, 2021 at Crouse Hospital surrounded by his loving family. Joseph was born January 26,1932 in Auburn, NY and eventually moved to Syracuse. He met his wife, the love of his life, Connie and married in 1956. He served in the US Navy, and retired from the Syracuse Police Dept. in 1985. He later worked at the Sheraton University Inn as their Director of Security. Joseph was a wonderful role model and loved taking family vacations. He enjoyed his retirement years immensely.

Joseph was predeceased and welcomed to heaven by his wife of nearly 65 years, Connie, who passed just 40 days before him; they are now reunited and happily together again. He was also predeceased by his parents, Rosario and Frances Trovato, a brother, Nick Trovato and son-in-law, Kenneth Agosh.

Joseph is survived by his two children: Mary Ellen Agosh and Ross Trovato; three grandchildren: Amanda (Dan Parsnow), Kaitlin and Marissa (Ben Biel); and his great grandchildren, Townes (the tornado) and Lennox Parsnow, who truly brought him such joy.

The family wishes to thank Dr. James Longo and the nurses of 4 North and ICU who treated him with such kindness during his illness and wish for donations in his memory be made to either of these units at Crouse Health Foundation, 736 Irving Ave., Syracuse, NY 13210.

A Mass of Christian Burial will be held on Tuesday, 10:00 am, at St. Margaret’s Church, 203 Roxboro Road, in Mattydale. Entombment will follow in Woodlawn Mausoleum, Syracuse.

To order memorial trees or send flowers to the family in memory of Joseph D. Trovato, please visit our flower store.