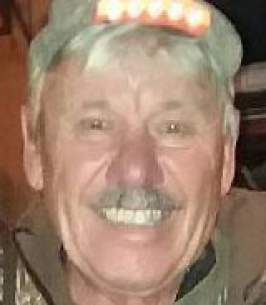 Thomas J. “Squeek” Van Valkenburg, 73, of Canastota, passed away Monday, June 8th, 2020. Tom was born in Mohawk, NY, and grew up in Oneida where he graduated from Oneida High School in the Class of 1965. He enlisted in the US Navy and served in the Vietnam War.

Tom retired in 1995 from Lockheed Martin after 15 years; he previously worked for General Electric and Accurate Diecasting for 27 years. He went on to work for Calahan’s Construction in Canastota and the Town of Lenox for 19 more years. Tom was everyone’s BEST FRIEND and the life of the party at every gathering. He had a vocabulary of his own and his texts were creative and written to make people laugh. He laughed loud enough that you could find him in a store. His smile was infectious. Tom had a big heart and was close with all his “goombies,” always giving them hot peppers or sharp cheese or some kind of present from his big garden. He was a real sportsman and outdoorsman that loved hunting, fishing, and ice fishing; he fished to give most of it away. Tom loved to have happy hour in Calahan’s Marina where he docked his boat on Oneida Lake with his wife whom he spoiled rotten. They loved to take long drives down the back roads just to look at nature and small towns. Tom was always stirring up some project to get his buddies involved in. He was known to his “goombies” as “the Mayor of White Law.” He loved to play cards with the boys, gambled and shared race horses. He loved life and people and music and his animals. Tom touched everyone’s heart wherever he went and will be truly missed by all.

Donations in Tom's memory may be made to the American Heart Association, 17 Technology Place, East Syracuse, NY 13057 or to Wanderers Rest, 7138 Sutherland Dr., Canastota, NY 13032.

A Celebration of Life will be held at a later date.

To order memorial trees or send flowers to the family in memory of Thomas J. "Squeek" Van Valkenburg, please visit our flower store.