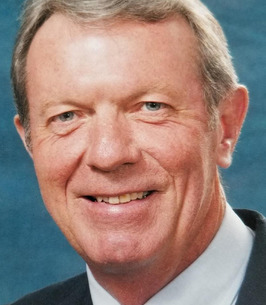 Robert R. Zacholl, 74, of Cicero passed away at Upstate Hospital on July 15 with his cherished family by his side. He fought hard for over 10 years against prostate cancer but couldn't win this final battle. Bob was born in Syracuse on September 22, 1945, to Viola I. and Robert E. Zacholl. He grew up in Mattydale and graduated from North Syracuse High School in 1963. He then attended SUNY Brockport, graduating in 1967 with a degree in health and physical education.

At the height of the Vietnam War, Bob volunteered for the army where he spent three years and served a tour of duty as a platoon leader in Vietnam, an experience of which he was very proud. His tour ended in 1971 and he came home to a fellowship program at Springfield College. Armed with a master’s degree in physical education, Bob began his teaching career in the North Syracuse School District in 1972. His first position was at Lakeshore Elementary School where he met a teacher named Chris who became his wife two years later. During the next few years Chris and Bob became the proud parents of a daughter and son, Jessica and Greg, who were Bob’s pride and joy. Bob was a real family man and a devoted father and husband. His favorite place was home.

Bob spent 32 years in the district as a teacher as well as a baseball coach. He first coached at the freshman level and worked his way up the ranks to become the CNS varsity coach. In 1995 he was able to take his team all the way to the state finals. Baseball was one of his passions and he loved coaching, playing, and watching baseball, especially the NY Yankees.

In 2004 Bob was honored by being named to the North Syracuse Wall of Distinction. Later that year Bob and Chris retired and enjoyed an active lifestyle in their later years. They have been members of Beaver Meadows Golf Club in Phoenix for the past 30 years where Bob spent much of his time in the good weather. They spent winters at their second home in Bonita Springs, Florida, which enabled them to play golf and tennis all year. Bob was a natural athlete who excelled in every sport in which he ever participated. Though he had many interests and hobbies, most important to him was his time spent with his family. One of the happiest moments of his life was when he became a grandfather. In recent years his adored little grandchildren have brought him endless joy, and they loved their “Pop Z”.

Bob was a kind, thoughtful, and humble man who was well-liked and respected. He was dependable and reliable, and if he was your friend you could always count on him.

Bob was predeceased by his parents and sister Susan. He is survived by Chris, his wife of 46 years, his daughter Jessica of Los Angeles, and his son and daughter-in-law, Greg and Caroline, and their children, Eddie and Kiera, of Ardsley, NY. He is also survived by his brother Art, his aunt Diane Zacholl, and several nieces and nephews.

There will be a private service for the family at the Krueger Funeral Home in Mattydale. A Celebration of Life will be held at a later date. Donations may be sent to Clear Path 4 Vets, 1223 Salt Springs Road, Chittenango, NY 13037, or the Humane Society of CNY, 4915 W. Taft Road, Liverpool, NY 13088.

To order memorial trees or send flowers to the family in memory of Robert R. "Bob" Zacholl, please visit our flower store.