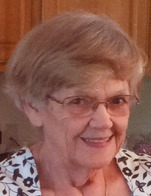 Joanne (Zipeto) Copani, 80, of Cicero, died Sunday, January 21, 2018 at St. Joseph's Hospital. Joanne was a lifelong resident of Syracuse before moving to Cicero and was a graduate of North High School. She worked at the Addis Company, and was the owner of Casa Di Copani Restaurant for 30 years.

Joanne was predeceased by her husband of 57 years, Salvatore "Sam" in 2015, a son, Steven in 2016, her parents, Theodore and Esther (Conti) Zipeto, and by three siblings, Theodore, Victor, and Adeline.

Per Joanne's request, all services were held privately. Burial was in Woodlawn Cemetery, Syracuse.
To order memorial trees or send flowers to the family in memory of Joanne Zipeto Copani, please visit our flower store.